Since I started posting on this blog about three years ago, a major source of frustration for me has been the inert and inept nature of the BC 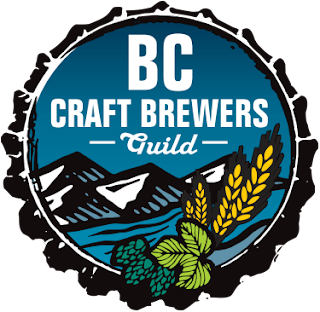 Here in BC we have one of the quickest growing and most vibrant craft brewing communities in North America, possibly the world, despite the fact that the BC industry association itself has been fragmented, unorganized and one who, well quite frankly, couldn't organize a piss up in a brewery.

My frustrations have been well documented, and if you are so inclined you can read my rantings here and here, but this post is not about me pulling on my double-soled, steel-toed Dayton's to once again put the boots to the Guild.

No, this is a post is one of positivism and hope.

In August, with little fanfare, the BCCBG may have made a move that will change the face of the industry here in BC. Realizing that they were too busy and too disinterested to even change their website to reflect the fact they had changed their name from the BC Craft Brewer Association several years ago, the representatives from the few member breweries still involved with the BCCBG decided it was time to regroup, reorganize and hire someone to try to breath some life into the BC's craft brewery organization.

Enter Ken Beattie, the new Executive Director of the BC Craft Brewers Guild.

I have met face-to-face with Beattie and spoken to him over the phone and his enthusiasm and charisma are evident. But he is more than just a magnetic, people-person, having started in the BC beer industry in 1987 and having worked selling Molson Canadian, Okanagan Springs and Shaftbury brand beers. Beattie understands how to sell beer in this province, knows the system and knows how the big boys work. He has watched the craft side of the industry grow from infancy in BC, chipping away at the market share of those breweries he was working for.

He is no longer working for a particular brewery, having started, in 2012, his beer education company, Eureka Beer Guide, which represents the Prud'homme beer certification program in Western Canada. This means he has no vested in promoting one brewery over another, which, quite frankly, has been a major problem with the guild in recent years, at least in my opinion.

"My primary goal is to harness the entrepreneurial spirit, craftsmanship and innovation that the BC craft brewers exhibit in their individual success and to manage that success into one collective voice," wrote Beattie in a communication with VEBB.

"One voice will grow the BC craft beer industry into a sustainable business environment supporting each other. The power of the guild moving forward needs to showcase that the brewers all work together to educate and promote 'Made in BC' beer in the government stores, private retail stores and the on premise channels."

Music to my freaking ears!!!

Let us hope it is to those who represent the 55+ craft breweries that are now operating in BC, and the 15 or so who are slated to open their doors in the next 15 months, feel the same way.

In a few short months Beattie has not only managed to give focus to the BCCBG but has began galvanizing the industry members. He has reached out, on behalf of the guild, to all the BC craft breweries he could find contact info for. He has the website being reconstructed (with the proper name I might add). He held a meeting during the Great Canadian Beer Festival where 26 breweries were represented and has a goal of signing up 80% of BC craft breweries with the guild in the next year. He also helped put together a very slick and well thought out presentation (read here) which was submitted to the current BC liquor policy review  by the BCCBG.

Why is this important to me and other craft beer consumers you ask?

Well often, but not always, what is good for the industry is good for the consumer. If the guild can organize the industry and establish an all-for-one attitude, it could become a powerful voice, one the government cannot ignore, lobbying for changes to our liquor policies and laws. We may see many changes that benefit us, the consumers. Just look at their presentation to Yap and Company where the BCCBG pushed for more access to "Made in BC" craft beer in BC Liquor Stores (something CAMRA BC pushed as well),  removing mark-ups from products bought directly by consumers from brewery store fronts, supporting and encouraging tasting rooms and developing an education program for LDB employees to learn about BC craft beer to better serve consumers in BC Liquor Stores.

And there are times that a powerful industry voice can help support groups like CAMRA BC when it is in the best interest of both groups.

I am very excited about this prospect, but wish it had happened a few years ago so that both the industry and consumers could have been working together more leading up the the current liquor policy review.

Posted by Paddy Treavor at 1:01 PM