Reports & Ramblings From a Beer-Addled Mind #4 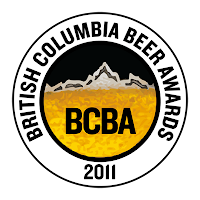 The winners of the BC Beer Awards were recently announced and I have to say that it is quite surprising how the voting goes when those judging are doing so without previous knowledge of what brewery the beer comes from or what beer they are judging. I believe that at beer festival events and competitions like the annual CAMRA awards, the voting is often a popularity contest and winners are decided even before the beers are drank. Beers, breweries and establishments at times win on reputation. Block voting skews results and great brews get overlooked because they are not from the sexy, brewery-of-the-moment or brewed by the most popular brewer.

Another factor in these awards is that they actually had knowledgeable judges working within a specific set of guidelines. I understand they judged on how the beers fit the specific styles they are entered into. Judging was more than,``Wow, that was a great, tasty beer`` and had everything to do with official beer style guidelines. From what I understand, this was a bit of a sticking point with some of the judges who wanted to vote according to likes and dislikes and not according to whether the beer was a good example of the style or not. It really shocked me to see a pilsner take ``Best in Show``, but from what I have heard it was because this beer was the best example of a beer rating the highest for all the criteria within that beer`s style. Congrats to Steamworks and Conrad Gmoser for taking this honor.

With all due respect to breweries such as Lighthouse, if they put their beers into the same competition with the beers identified, I don`t think they would have won awards. Maybe I am wrong, but I can`t see it. That is not a knock on their beers - Keeper`s Stout is a great beer which my wife and I drink all the time and on the rare occasions that I pick up a six-pack of lager, I usually reach for their`s - it is a cynical observation and a commentary on the way people vote for beers in most competitions. It is my belief that more often than not the name and brand of a beer has a major influence in what people think about that beer, at least what they think publicly. Often, it seems to me, that unless a beer is high octane and an imperial this, imperial IPA or barrel-aged/infused that it does not rate with the beer snob crowd. And at times I think certain breweries could just piss in a bottle, label it a ``special/limited release`` and it would sell, receive great reviews and be raved about.

So I was really intrigued by the results of this blind tasting competition and you know what, the usual suspects did not win all categories.

Congrats to all the winners. I was very happy to see some of my favourites among those collecting hardware, particularly Howe Sound`s Woolley Bugger Barley Wine, which took the bronze medal in the Strong Beer Category and which I think was one of last year`s best brews and has been very under-rated. I was also very pleased to see Driftwood get so much recognition as I feel they are the best overall brewery in BC at the moment and can seemingly do nothing but hit home runs with their beers. Their Fat Tug IPA is a regular in my pint glass these days and very nicely priced to boot.

I was a little surprised at the beers that didn`t make the cut. Howe Sound`s Pothole Filler, which I rate up with the best Imperial Stouts around was, in my opinion, conspicuous by its absence but then I am not sure if it was even entered. Same with Crannog`s brews which were not mentioned at all in the awards. But that is the nature of beer. What I like and rate highly may repulse the person sitting next to me. That is why I don`t review and rate beers on this blog.

On a final note in regards to the BCBAs, I just want to let organizers know that I would be willing sacrifice a day of my life and suffer through a long day of tasting some great BC beers if they find themselves in need of another judge next year. It is a dirty job but somebody has to do it. Keep me in mind folks...just saying.

CAMRA YVR Has Some BIG Shoes to Fill

﻿
﻿ Earlier this week I, along with all other CAMRA YVR members, received an email message announcing that CAMRA YVR President, Martin Williams has resigned from his post. This is not good news for CAMRA as Martin, although not in the position long, had really infused a lot of his personal energy into the organization in his attempt to motivate and mobilize the membership to get involved and try to effect change as an active consumer advocacy group.

In short, he was attempting to put the CAM back into CAMRA.

Of course it was not just Martin spearheading this move to action. The rest of the CAMRA YVR executive have worked very hard and are still in place, ready to help support the new president, whoever that will be. I just hope that the focus and momentum won`t be lost with this change and that membership have some worthy potential presidents to choose from and do so wisely.

I believe CAMRA can be a successful lobby group here in BC if they continue to grow and stay focused on trying to effect some change to the status quo. I would hate the see the organization slip back into old habits and do nothing more than organize a few beer festivals here and there. To keep moving forward, CAMRA YVR requires and energetic, focused and knowledgeable person willing to lead and motivate the CAMRA membership at large. This next choice of president could be a pivotal point in CAMRA YVR`s development and growth. The craft beer industry here in BC is booming but both the industry and consumers need to press government to make changes to the existing liquor laws and the BC Liquor Distribution Branch to bring the liquor industry into the 21st Century. CAMRA could definitely have a roll in lobbying the government to make these changes but first must continue to grow, organize and formulate a strategy. CAMRA`s membership, guided by their president and the executive, must develop a political will and a political voice if they want to be anything more than a beer appreciation club.

As a CAMRA YVR member, I would like to take this opportunity to thank Martin for his hard work in regards to CAMRA. I wish him well in his future endeavours, whatever they may be. He was one of the major reasons I became a CAMRA member last year.

I have not blogged on the Vancouver Craft Beer Week as I knew that there would be no shortage of people doing so. I only was able to attend one event, Brothers in Hops, which I enjoyed immensely. I thought the event was very professional, intimate and there were some great beers on offer.

I know that VCBW has its detractors and critics, some of which have leveled criticism at the event organizers for featuring too many US-based breweries. Although in some peoples' minds local breweries get overshadowed by their US cousins such as Hopworks, Deschutes, Elysian, etc at events such as VCBW and GCBF, I believe our best brewers are second to none and more than hold their own. At Brothers in Hops events, I felt that Central City Brewery had the two best brews on offer, with their Imperial IPA and sherry/oaked cask conditioned imperial porter outshining the excellent beers on tap from Ninkasi (Eugene, Oregon) and Hopworks (Portland, Oregon). Although BC craft breweries may not compare in numbers to those in say Washington and Oregon, they are on an equal level when it comes to skill level, creativity and the beers they produce.

It would be nice to have a larger event that features just BC beers and maybe BC brewers should get together to run their own festival doing just that. I, for one, really don`t care if there are US-based breweries at events such as VCBW. The organizers are trying to sell tickets and would be crazy not to take advantage of the fact that there are many world-class craft breweries just south of the 49th. There was plenty of local representation at the VCBW events. I really liked the concept to the BC beer tap takeover at St Augustine`s where at one point there were 30 BC beers on tap! There were many great BC beers not represented at the BC tap takeover but a lot of that has to do with the fact that there are some breweries and brewpubs out there that just won`t put their beers on tap at St Augustine`s for some reason known only to the brewers. But that is another rant for another time. I also liked the concept of the VCBW Cascadian Dark Ale collaboration beer, where 28 BC breweries pitched in to create a beer especially for the event.

I hope that one day we do see a BC-only multiple-day festival, but we should not expect organizers of events like the VCBW to limit what beers they feature in their event because at the end of the day, they are attempting to make money. I applaud the organizers for their hard work and commitment to bringing great world-class craft beers to Vancouver and for creating a buzz in this sometimes sleepy city.

BeerTourist Planning a Foray to the Great Canadian Beer Festival

Before I go any further, I must let you know that I am one of the founding members of BeerTourist so that is why I support it and advertise for it here on my blog. I, along with the rest of BeerTourist, are in the process of putting together a trip to Victoria for the Great Canadian Beer Festival on Sept 10/11. We still need to confirm a few things and work out some minor details, but BeerTourist hopes to have everything in place by the end of June so we can begin selling tickets. A priority waitlist for those interested has been started as we will only be selling 50 tickets, enough to fill one bus.

The list is close to full, but we are still taking names as those on the priority list may opt out when time comes to buck up, so if you are interested, please email info@beertourist.ca with your name and contact info. We plan on leaving early on the Saturday morning so we can arrive at Victoria`s Royal Athletic Park in time for the noon opening of the festival and will return to Vancouver directly after the festival closes at 6 PM Saturday evening. Our ticket will include admission into the GCBF and return transportation (including ferry fees). Those going on the trip will be responsible for buying their own beer tokens, except for the tokens included with the admission ticket, and feeding themselves at the festival.

If you are interested, please get your name on the waitlist. It is not a commitment to buy, but does get you your chance to buy a ticket (or two) if you want. Last year the festival sold out on-line in a matter of minutes. BeerTourist, through their connections, are hoping to be able to secure tickets for our tour. Please check back at http://www.beertourist.ca/ or at our Beer Tourist Facebook page for more details and updates. You can follow us on Twitter @vanbeertourist.
Posted by Paddy Treavor at 12:26 PM