On Feb 08, Rich Coleman, the cabinet minister responsible for the province's alcohol portfolio, sent out a news release announcing several significant changes to the BC's liquor laws, including the relaxation of the tied house laws. The tied house law reforms had been highly anticipated by some, who were hamstrung by the restrictions, and feared by others who were worried that complete deregulation would give deep-pocketed breweries the green light to buy licensees and cut out the smaller, craft brewery competition.

But for once, it looks like the government got it right, stating in their news release, "(t)his change provides small and medium winery, distillery or brewery owners that also own an off-site restaurant or pub the freedom to serve their products in their establishments, which they were previously not allowed to do." The communique went on to explain manufacturers would only be allowed a maximum of three tied-house agreements and that these tied houses would be, "required to carry a variety of products from different suppliers to avoid particular products being favoured," thereby limiting any large manufacturers attempts to squeeze out the competition.  I know some do not think the legislation changes went far enough, as some manufacturers have more than three tied houses and would like to sell their products in all their off-site locations, but most seem satisfied. 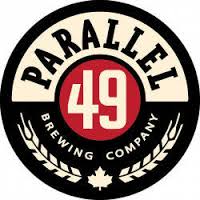 Changes were supposed to take effect March 1st, but before you go rushing down to St Augustine's in hopes of enjoying a sleeve of Parallel 49's Vow of Silence or Lord of the Hops, be advised that there is an application process which, according to a communication from the Liquor Control & Licensing Branch (LCLB), will take 6-8 weeks to process. March 1st was the first day the LCLB werre taking applications so we are still a few weeks off.

LCLB Policy Directive, 13-03 explains all the details of the tied house changes, including the only negative I can see to the legislation that classifies medium-sized breweries as being those whose annual production up to 300,000 HL, which is a whole lot of beer and allows for breweries like Pacific Western Brewing to take advantage of the changes. The restriction of only three tied houses and the need for beers from competition basically stops in its tracks any attempts at BC beer domination by the bigger breweries.

The LCLB have stated there are no hidden criteria and what you see with the policy directive is what you get. The application process was a bit of a surprise for some, but not surprising as the LCLB is a bureaucracy and bureaucracies need paperwork and application fees to live.

And obviously it is a great way to ensure that no one brewery tried to sneak past the three tied-house limit via subsidiaries or other nefariousness means and that they are indeed offering up the a variety of beers including those of some of their competition.

I do know Parallel 49 has already applied so lets hope we can be enjoying their beers at St Augustine's by mid April. I, for one, want to be there to drink from the first tapped keg/cask for the historic moment in BC liquor history.
Posted by Paddy Treavor at 2:26 PM